Have you been diagnosed with papillary or follicular thyroid cancer?  Have you been told to follow a low iodine diet before your radioactive iodine treatment?  Are you confused?  Why wasn’t surgery enough?

I know I was confused after my diagnosis.  And then when they told me about the low iodine diet, I quickly got more confused.  I was getting a master’s degree in nutrition at the time of my treatment, but I still wasn’t sure about the next steps.

Have no fear.  This article will walk you through all the steps so you understand more about iodine, the low iodine diet and its relationship to radioactive iodine treatment, and sources of iodine in the diet.

Iodine is a trace element you may remember from the periodic table.  It can be used as a disinfectant; your skin turns yellow when you use it.

Iodine is also found in food.  In some foods, it is naturally there from the soil the plant was grown from.  This could also include plant foods an animal eats and then YOU eat the animal.  Iodine can also be added to food as a supplement or via residues from disinfectants on equipment. (1)

How Does My Body Use Iodine?

Iodine is also crucial in brain development for fetuses and small children.  Iodine deficiency is the leading cause of brain damage and intellectual impairment worldwide. (2)

Goiter is the physical manifestation of a diet with not enough iodine. The thyroid gland gets bigger – trying to absorb more iodine from the blood – and sticks out of the neck. Goiter is not common in most developed countries today.

Hopefully that list shows you how important iodine is for your body.  However, most of us in developed countries don’t think about iodine intake.  Why?  Because our diet is fortified.

Why do I Need a Low Iodine Diet?

A low iodine diet (LID) is used before radioactive iodine therapy to make the body “iodine hungry”. (1) The basic idea is if you deprive your body of iodine, any remaining thyroid cells (specifically thyroid cancer cells) will be very hungry and aggressively take up the radioactive iodine during treatment.  This might make the treatment more effective.

What if My Doctor Did NOT Tell Me to Follow a LID?

The American Thyroid Association does recommend a LID for 1 to 2 weeks before radioactive iodine treatment.  However, there is conflicting evidence. (3)

Some studies have shown people to have less iodine in their urine and greater uptake of the radioactive iodine when they consumed a LID before treatment.  However, there is no evidence showing if this changes the rates of cancer recurring later or death.

Since there is not strong evidence, some doctors do not require patients to follow a LID prior to radioactive iodine treatment.  You should discuss this with your doctor and feel comfortable with his or her recommendations.

How do I know if Iodine is in a Food?

That is the question of the year.  There is not really a great way to know the iodine content of food.  Iodine is not required on nutrition labels and is not regularly measured in foods.

Most processed foods in the United States do NOT contain iodized salt.  However, current laws do not require manufacturers to state on the label if they use iodized salt or not.  As such, they could change what they use at any time.  With the supply chain issues beginning in 2020, the FDA gave permission for substitutions without changing labeling. (1)

Natural Sources of Iodine in Food.

Iodine is found in the ocean and in the soil in some parts of the world.  So seafood, sea salt, and any other food from the ocean will naturally be high in iodine.

Plant products, such as vegetables and grains, grown in iodine rich soil are higher in iodine than plants not.  Areas near oceans or with clay-rich alkaline soils have iodine rich soil. (4)  This is only useful if you are buying local produce.  Most people do not know the origin of their plant foods and the iodine level of the soil.

Iodine is also often added to products used in caring for animals, so may be in animal proteins that you consume.

Iodized salt is probably the most familiar food with iodine added.  But there are other ways iodine can be added to a food, and sometimes not intentionally.

Iodine is a food safe disinfectant and can be used in food processing.  Dairy processors frequently use iodine disinfectants  Dairy products are one of the highest sources of iodine in the American diet according to a Total Food Study. (5)

Dough conditioners added to many bread products have iodine.  These are another significant source of unintentionally adding iodine to our diet.

Why is Iodine in Salt?

Natural, unprocessed foods are not incredibly rich in iodine.  Iodine in food can vary by the iodine content of the soil where the food came from.  Historically, iodine was often lacking in people’s diets, leading to goiter in adults and brain damage in children.

In order to increase iodine intake, salt was fortified with iodine starting in the 1920’s. (5)  Policy makers chose saltbecause it was inexpensive, consumed by everyone, and intakes don’t generally vary by season.

After iodized salt became prevalent, rates of goiter and iodine deficiency decreased in the United States.  Many countries worldwide mandate the iodization of salt.  The United States does not.

While you need to avoid foods high in iodine, you also need to avoid foods that could interfere with your body’s ability to take up the radioactive iodine.  Soy protein based foods and cruciferous vegetables, such as broccoli and cabbage, may have this effect. (6, 1)

Here is an outline of foods to enjoy, foods to eat a moderate amount, and foods to avoid.  I have compiled this list from resources from Thyca, the American Thyroid Association, and Memorial Sloan Kettering Cancer Center.  I hope this can be a “one stop shop” for you.

Iodine is a necessary nutrient in a normal, healthy diet. It helps form thyroid hormones, which effect every cell of the body.

Iodine is not routinely measured as a nutrient in foods nor are manufacturers required to label their products that contain iodine.  This can make following a low iodine diet tricky.

I’ve listed above foods low in iodine to enjoy, foods high in iodine to limit, and foods to avoid on the low iodine diet.  If you’d like a streamlined PDF of this list along with some tips for label reading, enter your email address below and it will come to your inbox.

Kimberly Marsh, MS, RD is a Registered Dietitian, thyroid cancer survivor, self-taught cook, and full-time mom of four kids. She has gone through total thyroidectomy, radioactive iodine treatment, and whole body scans, with 3 total times on the low iodine diet. She has a Master's degree in Clinical Nutrition. 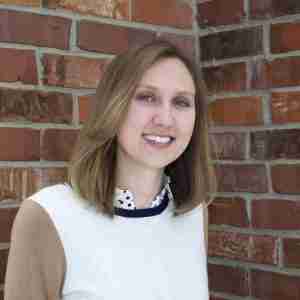 Meet Kim – registered dietitian, thyroid cancer survivor, and food lover who is passionate about helping you navigate the nutrition around your diagnosis. I’m so glad you’re here!